Betting On The Wisconsin Badgers Football Team In 2022

Wisconsin is known for cheese, chilly temperatures and Badgers football. In fact, Wisconsin sports betting would not be complete without this team. The NCAA's University of Wisconsin at Madison has played competitive football annually in the difficult Big Ten since that conference was formed in 1896. Camp Randall Stadium can hold up to 80,321 college football fans, and is the site for Wisconsin Badgers home games. The school has hosted 2 Heisman Trophy winners, Alan "The Iron Horse" Ameche and Ronald "The Great" Dayne. Betting on Badgers football in recent years has meant wagering on one of the best college football teams in the nation.

The school has produced 8 College Football Hall of Fame members, 14 conference titles, 22 consensus All-Americans and 1 disputed National Championship. (The NCAA record book shows a 1942 National Championship awarded by the Helms Foundation to the University of Wisconsin. In that time there were more than a dozen national news outlets which awarded their own national championships annually.)

The Badgers are a prominent element of Wisconsin football betting, and along with betting on the Green Bay Packers, they are sought after through competitive betting lines and odds among bettors.

This 2022 guide will provide helpful information for those fans interested in locating and navigating football betting lines on the Badgers or any other NCAAF or NFL team. 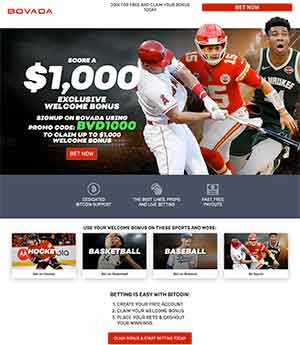 Bovada Sportsbook provides comprehensive coverage of the Wisconsin Badgers and all NCAAF teams.

Unlike most teams, the Wisconsin Badgers did not schedule an easy game to start the season. The 14th ranked Badgers would battled the 13th ranked LSU Tigers in Houston to start the college football season. Wisconsin got off to an early lead, but they would surrender the final 18 points in the game to lose 28-24. Wisconsin would follow up the early loss with three easy victories over Western Illinois, Bowling Green and South Florida.

The Badgers were supposed to get an easy victory over Northwestern to start the Big 10 season, but the Wildcats would shock the 17th ranked Badgers 20-14 after intercepting Joe Stave three times. Wisconsin would get back on track in the Big 10 after four decisive victories over Illinois, Maryland, Rutgers and Purdue.

Wisconsin would face their first tough team in the Big 10 on November 15th when they took on Nebraska. Melvin Gordon would have the game of his life against Nebraska when he set the FBS single game rushing record with 408 yards to help Wisconsin win 59-24. Wisconsin would end their season with two close victories over Iowa and Minnesota to set up a Big 10 Conference Championship game against the 5th ranked Ohio State Buckeyes. A victory over Ohio State would have sent the Badgers to the Rose Bowl.

Ohio State would forced to use their third-string quarterback, Cardale Jones, but they were still able to demolish the Badgers 59-0. The Wisconsin Badgers still had a shot for redemption when they faced Auburn in the Outback Bowl. Melvin Gordon would set an Outback Bowl rushing record with 251 yards to help Wisconsin win 34-31 in overtime. The close victory over Auburn helped Wisconsin finished the season ranked 13th.

Where did the University of Wisconsin Badger Nickname Come from?

The University of Wisconsin nicknamed originated in the 1820s. Prospectors went to Wisconsin looking to mine lead and other minerals. Many times they lived with very little or no shelter in the winter. It is said that they had to "live like Badgers", burrowing tunnels into the nearby hillsides for warmth and shelter. When the first Wisconsin football team took the field in 1889 the nickname was adopted, and the Badgers won their very first game by a score of 106 - 0. Their opponent was the Whitewater Normal School (currently the University of Wisconsin at Whitewater).

Even so, no one in Wisconsin, or anywhere in the football world for that matter, was prepared for what the 6'1" 207 pound Kenosha, Wisconsin product was about to accomplish against the Nebraska Cornhuskers. Playing in the cozy confines of Camp Randall Stadium the talented Gordon rushed the ball 25 times for an amazing 408 yards. He had a long run of 68 yards, scored 4 touchdowns, and averaged a ridiculous 16.3 yards per carry. More importantly, he set the single game NCAA rushing mark set by TCU's LaDainian Tomlinson in 1999 (406 yards).

We also have a page dedicated to betting on the Wisconsin Badgers basketball team.